Transfer news: Fallen talents & an expensive roll of the dice – the key themes from deadline day

Which Premier League club has had the perfect winter window? Who have taken a backward step?

Phil McNulty has his say.

Can Lampard fire up misfits?

Everton’s new manager Frank Lampard was barely through the door on his first day before he started reshaping a squad dropping into a relegation fight.

And the 43-year-old immediately turned to two fallen talents who have been marginalised at their clubs in recent times, namely Manchester United’s Donny van de Beek and Tottenham outcast Dele Alli.

Manchester United signed Van de Beek from Ajax for £40m in September 2020 but the Netherlands international has failed to convince either sacked Ole Gunnar Solskjaer or successor Ralph Rangnick of his worth, starting only four Premier League games.

There are those who question whether Van de Beek struggles with the physicality of Premier League football but Lampard showed his intent by stealing from under the noses of Crystal Palace and manager Patrick Vieira.

It’s a big chance for Van de Beek, still only 24, to show what he can do and Lampard will hope it pays off to put some goals and creativity into his midfield.

The deal to sign Alli is arguably the most intriguing of this January transfer window.

It is another Lampard-driven deal for a player who was regarded as one of European football’s great young talents in the past and a key member of England’s 2018 World Cup squad that reached the semi-final.

Since then his career has come to a mystifying standstill.

Still only 25, he has been pushed aside at Spurs, playing only six games under manager Antonio Conte.

Lampard clearly feels he can re-ignite what was once a special ability with the deal structured to reflect the nature of his career. The first £10m is payable after 20 games then, depending on many factors, it could end up at £40m.

There is an element of a gamble – will the player ever regain his stellar form of the past? – but Lampard feels it is a risk worth taking in Everton’s current reduced condition. It’s a very bold early move.

Are Newcastle in good shape? 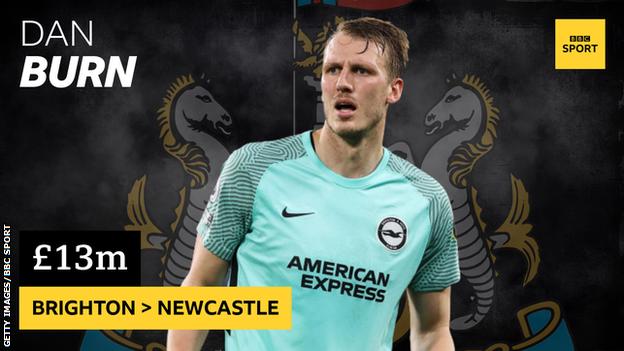 The Toon Army were waiting for the transfer window to kick in so their new mega-rich Saudi owners could flex their financial muscles.

The need was urgent but the stakes were raised by the fact that Eddie Howe’s reign has been a slow burner so far and Newcastle are mired in the relegation zone.

Newcastle’s power brokers have certainly been busy and there is no question they have added strength in depth with a collection of signings – but the big question is whether they are actually good enough to keep The Magpies up?

They have to be, otherwise it would be a catastrophe for the grand ambitions put forward by those in charge of Newcastle.